Happiness Through Difficult Times, How? 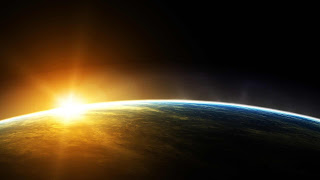 "In fact, at the end of an effort a satisfaction always follows; at the end of a task follows the immediate sensation of having done one's duty which is always a fragment of happiness."
(Lecture given in Cordoba, June 18th, 1949, by Carlos Bernardo Gonzalez Pecotche*)

"...one can see that the life of human beings is incomplete, unfinished and this is why its size is so reduced in the majority of people. One can easily presume that as this life expands, it will create far greater duties than before, duties that also create many satisfactions as a result of the Law of Compensation that always acts. In fact, at the end of an effort a satisfaction always follows; at the end of a task follows the immediate sensation of having done one's duty which is always a fragment of happiness. Conversely, he who does nothing, who is submerged in inertia, what satisfaction can he have? None - and if he were to have any at all they would be ephemeral and therefore totally superficial hence unable to touch his conscience. This takes us to a new field of observation. Most people experience fleeting moments of joy, fleeting moments of happiness all of which are external; rarely does one's conscience participate in them. Why? Because human egoism has even reached the point of obstructing this joy or this happiness from connecting to one's conscience since the fact of feeling and experiencing this joy and happiness implies an obligation, a responsibility and a duty. As a result, the human being seeks, unwillingly and unconsciously, that his joy is mental, fleeting, passionate and nothing else. Yet once this joy has passed, then the person goes back to his prior state of being overburdened and anguished which he usually attributes to "bad luck".


This outlines in a simple and clear vision how the majority of people live namely: superficially, without allowing what one has lived to make contact with one's conscience, which is the unique way to experience in each fact, in each fragment of life, the sensation of one's own existence.

Therefore, when joy is pure it must be taken to one's conscience. Joy must be felt in all its amplitude otherwise it is illusionary; one often lives many moments of joy when in reality there is only bitterness in one's inner self, so much so, that these fleeting instances of pleasure become like insignificant pails of water thrown over a great fire to put it out, a fire that for centuries has been consuming human life.


I recall having once said that while the sun appears every morning, a countless number of people pass months and months without seeing it nor remembering that it exists. This, too, is another fact that proves the extent of superficiality that man's life has reached. Moreover, the person who lives a true life and turns it into a real inner power will seek to increase his contact with it and with everything that surrounds him, by thinking, amongst other things, that the sun rises every day. The individual should, therefore, dedicate at least one minute a day to see the sun's reflection on his hands, on his face and pay it tribute with his gratitude, if it were for nothing more than for receiving its light and warmth.

Human feelings have greatly declined, and ingratitude has visibly taken immense proportions because human beings have forgotten their origin and everything that the Creator Thought has placed within their possibilities; these possibilities are the ones that, lying dormant in the individual, will unveil to him the path and provide the key to feel and experience his life as it should be felt, experienced and lived. In the act of forgetting, then, he turns his life sterile as the days of his existence go by, and, finally, what does he find in the depths of his being? Bitterness, disappointments, disorientation, sadness, growing anxiety and also an unconscious remnant of guilt for not having known how to use his life in all its plenitude.

In summary, this is one of the many teachings that Logosophy offers as a prerogative to the individual's achievement of the process of conscious self-betterment and evolution. Logosophical Wisdom differs entirely from anything known to date, the reason being that it is aimed at the inner self; conversely, what is learned from common knowledge always serves and is aimed at living externally. The wisdom in the logosophical cognition conveys its richness to one's life allowing it to be enjoyed internally, not for personal satisfaction, for vanity or conceit but rather to fulfill the lofty objectives of moral elevation and improvement."

*Excerpt from the book "An Introduction to Logosophical Cognition" originally published in Spanish. Free Translation