Waiting for Doomsday? - Propensity to Pessimism

Posted by Collaborator on May 04, 2020
(by Carlos Bernardo Gonzalez Pecotche*) 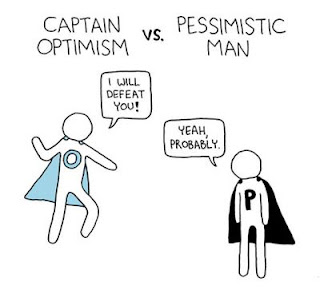 "This propensity is characterized by a state of depression that debilitates the will and numbs the faculties of the intelligence. This means that the pessimistic individual risks losing the natural prerogatives that could assist him because his own disorder deprives him of the stimuli that are necessary to make these resources effectively.

By placing himself for a few moments away from reality, the individual tends to perceive things through a gloomy perspective. Perhaps because of a hidden grudge, his mind becomes inhabited with sad predictions that will never happen (since everything in life must follow its course), the proof is that these forecasts are not taken into account.

The person who tends to be pessimistic justifies his apathy by holding on to the idea that nothing will turn out right for him. Faced with a happy prospect it seems as if he is only waiting for an unfavorable turn of events that could occur unexpectedly. It is surprising to note how his propensity is able to darken his mind, which seems to be more disposed to receive the news of another failure than one of success.

Every misfortune that he experiences is one more reason to add to those which already feed his lack of trust and, as if it were not enough, he collects in his mind countless adversities which have happened to others.

Over time, this propensity gives way to a loss of love for life. Apart from making the individual inept, it makes him insensitive to the powerful stimuli offered by life, inviting him to benefit from its goodness with joy. Actually, pessimism is to such an extent unfortunate that it does not allow happy ideas to flourish in the mind.

The individual vegetates while enduring a sterile life. Maybe, deep down in his being, he still preserves the image of some hope that once uplifted his life, but remembering it now only serves to increase the discontent that has taken over him. In general, he ends his days rejecting his own destiny even though it had only depended on his effort and determination to transform it into a favorable one.

When there is only a propensity to pessimism, it is advisable to think that with time it is possible for the individual to become morally and spiritually defeated, an individual who lacks the incentives to live. Perhaps this thought could make him want to increase these incentives before they are exhausted and, taking into account the recommendations made in this book, opt to do that which should be done in the first place, namely a thorough review of the thoughts that tend to depress his inner being and fill his mind with skepticism. The transcendent cognition, which is life energy and permanent stimuli, helps to dislodge these thoughts as soon as a firm connection is established with the cognition since it injects joy and optimism into life and propels towards the accomplishment of possibilities that are totally within his reach. This makes the propensity lose its hold over the individual."

*Excerpt from the book "Deficiencies and Propensities of the Human Being." Originally published in Spanish. Official Translation.

" And if you want to expand life further, unite your joy  to the joy of your fellow man. Unite your effort to that of others and you will then feel that your life grows because you will also receive by reflection what the others feel. " (Lecture given in Buenos Aires , March 23, 1943  by Carlos Bernardo Gonzalez Pecotche*) "I want to insist once again and will always insist that it is necessary to conquer death in order to feel and know what life really is. Death is conquered by conquering inertia, which is the absence of life and by conquering distraction, which is the absence of conscience, while the heart beats to the rhythm of what you call life. You will then see that this continuous life, this life without the interruptions of inertia, of lack, of will power, of despondency, of pessimism, and of idleness will saturate you with happiness because it is a life that contains strength and will continuously convey joy and well-being. It is up to you to fill those gap