The Fundamental Value of the Word 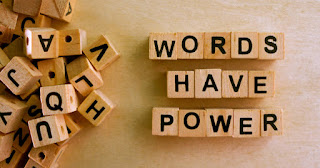 "There is no doubt that the word must be the faithful expression of the dignity achieved by each one. It must be nurtured as something precious because it represents one's inner asset: a great asset that, one could say, has been dilapidated unconsciously."
(Lecture given in Montevideo, March 27, 1949 by Carlos Bernardo Gonzalez Pecotche*)

We will present an image that will illustrate anomalies shown by the psychological configuration of the human being, in effect, what did the individual do with his reasoning from the moment he made the first contact with it? Nothing! Having thus been deprived of the conscious control, his mind remains at the mercy of circumstances, of situations and of the fluctuations of the thoughts that wander about in the world.


In such conditions, no one gives value to the words one has pronounced, and so, from the smallest to the biggest lies are told in a natural manner, leaving the person "untouched" as if nothing happened. This generalized fact has led the world to the most frightening confusion. People lie to each other and are deceived in good or bad faith. As a result, mutual trust is affected creating huge disappointments especially when, due to excessive good faith, one deposits his trust in someone else. But what assurance can anyone give of his word? Is it not common that one's word is made good only when it is convenient or when one takes pleasure in doing so?

There is no doubt that the word must be the faithful expression of the dignity achieved by each one. It must be nurtured as something precious because it represents one's inner asset: a great asset that, one could say, has been dilapidated unconsciously. This is why so many poor people exist in the world; spiritually poor, having squandered this valuable asset called the word. What concept would a person deserve when, after having solemnly made a promise or given his word asking the other to trust in his moral integrity, he withdraws it, negates it or forgets it?

This is the tragedy of the world; human beings have forgotten that God gave them the gift of the word to build with it their happiness and never their disgrace. It is precisely the word that expresses the true content of life, the first, as I said before, that the newborn utters in the form of a scream as it cannot yet articulate other sounds; and it is the same one, extracted from one's conscience, that is deeply felt and uttered in the last goodbye upon closing one's eyes to life.

Each person must convert into a true guardian of his word; and if you see that someone amongst you says inappropriate things, totally extraneous to human thinking and feeling, I invite you to call his attention directly while at the same time striving not to commit the same error yourself….

Knowledge and experience restore the good sense in the human minds starting by cleaning them from all dregs in order to allow one's conscience to retake its place as the owner and lady of one's life. It is for this reason that Logosophy has repeatedly stressed the value of the word. One day will come when one would be able to say, referring to somebody else, that he is worth a lot because he possesses a great asset in his words; because he never deceives when he expresses them; because he tells the truth without hurting, without offending, always doing good and leaves in others a gratifying sensation of well being.