How can we develop active patience?

Posted by Collaborator on October 30, 2019
(by Carlos Bernardo Gonzalez Pecotche*) 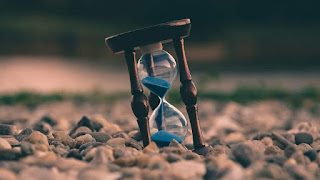 "One could say that everybody knows that the human being is basically impatient. This is one of the deficiencies of his character which makes it most difficult and even impossible for him to achieve any progress in his pursuit of self-betterment.

He, who is influenced by impatience, and feels diminished at the thought of incapability and discouragement, annihilates his own strength. Under these conditions, the struggle intensifies and once he is defeated, it becomes easy to lapse into despair. This is what happens to the impatient, to those who have not learned to coordinate their inner forces to face adversity, which at every moment presents a new field for battle.

Patience, regarded as a factor of success in the useful application of effort, must not be restricted in its dynamic expression if one wishes to obtain, through it, that which every circumstance demands as a tribute of time. To be able to appreciate this, it is necessary to understand clearly that patience is not a virtue when it appears in the form of passivity, as is the case when man adopts the attitude of waiting for things to be solved all by themselves, expecting Providence to smile on him and, as a reward for his constancy in waiting without doing anything, to present him with that which should be the product of reasoning and effort.

Patience, as a virtue, must be active and conscious. To endow it with these qualities, it is necessary to establish an order in the sequence of the achievements, since the structuring of a plan must precede the patient and intelligent use of the effort which must participate in the execution of this plan. Patience must stay with the individual until the final result is attained, because it is the energy that sustains the effort until its successful culmination.

We have stated repeatedly that patience creates the capacity to understand time. It will be understood, of course, that we have referred to the patience of those who know how to wait. In other words, the greater our comprehension of its value, the greater will be the effectiveness with which time serves us, giving us, on the other hand, a serenity of spirit not known by the impatient person.

The individual who practices patience under the beneficial influence of his conscience knows that nothing comes to an end for him. The very opposite happens to a person who, lacking patience, puts an end all by himself to that which he was not supposed to exclude from his possibilities. To the former, everything can continue to exist in his reasoning during the time required to achieve his objective; to the latter, all continuity ceases.

It can be justifiably said that the secret of the successes that man has been able to obtain in his conquest of goodness has resided in the active patience manifested in the perseverance, in the uninterrupted work, in the devotion, and also in that conscious faith which gradually takes root in the soul, and is upheld by his own verifications."