Posted by Collaborator on June 15, 2019
(by Carlos Bernardo Gonzalez Pecotche) 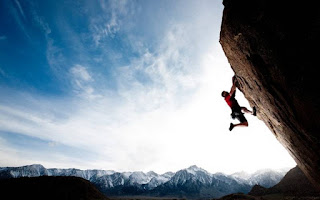 "He felt a stirring within his whole being caused by the struggle of the two antagonistic forces of his nature, announcing the proximity of an outcome whose solution he alone would have to find. His inner scrutiny, concentrated on the stage of his small world, revealed an alignment of rancorous and threatening reactions of the instinct that was not prepared to surrender but to fight to the end in order to reinstate the tyrannical rule it had exercised over him. Leading the rebellion, he saw the fleeting figures of temptation, authoritarianism, licentiousness, worldly pleasures and sensual lust, all still aiming to seduce him with the brilliance of their tinsel. Towering over them, stripped of its inoffensive appearance, he identified the fearful beast, the culprit of the agitated struggles that were so often unleashed inside him: his self-loving, this invisible enemy that curls up furiously and leaps at the slightest controversy, generating the most diverse blunders.

At this stage of his inner observation, Claudio stopped. He had just realized the danger to which his foolish susceptibility, unforgivably unleashed, had once again exposed him. An indescribable sensation of triumph permeated his mood and was reflected on his face until then contorted by a painful turmoil. There, facing the horrible figures generated by his passions, dominating everything from the highest positions, his vision, free from the shadows, contemplated the impressive phalanxes of the spirit that demanded the unconditional surrender of the relentless enemy.

Being the only actor and witness of what had occurred in the intimacies of his conscience, Claudio revealed in the inexpressible sensation of this triumph that had re-established the peace and happiness he had lost for a moment."

“Elated by so much happiness, Griselda was determined to maintain it indefinitely. She knew that one of the keys to success consists in perserving the joys experienced by the soul since to exhaust them on excessive surges of joy would equate losing the motivations that should be with us permanently.”