Destined to Happiness or Suffering? 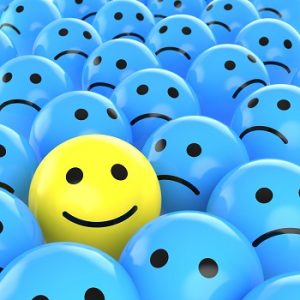 "Life’s true happiness is found when one gets to know the wonderful and extraordinary resources that it contains."
(Excerpt from the book "Mechanism of Conscious Life" written by Carlos Bernardo Gonzalez Pecotche*)

"The purpose of this science is not to teach the individual what he already knows but rather what he does not know; neither does it intend to indicate the path of self-improvement to those who claim to have been through it, nor to offer happiness to those who already enjoy it. This explanation will facilitate the reading of this book without any preconceptions whatsoever...

In the world of the logosophical conception life takes on a superior significance in all the aspects of its configuration. Unlike common life which is lived outside of the individual, since man’s desires and concerns are of an external nature, life animated by the logosophical spirit is lived inwardly and in greater dimensions. This is why the facts that make up the many stages of self- knowledge bring about intensive and profound aesthetic sensations of such vividness that art itself would not dare to reproduce.

Therefore, neither the practice of noble and pious principles nor all the variations of one’s inventiveness are sufficient to enable one to live life in the plenitude of its renovating force and fulfill the high objectives of goodness for which life has been instituted. Life’s true happiness is found when one gets to know the wonderful and extraordinary resources that it contains. In other words, by knowing life internally, one discovers its unknown possibilities and luminous prospects.

Once the individual has been transformed psychologically and spiritually by the influx of such cognitions that are so essential to self-improvement, his destiny will take a new shape that offers perspectives of a superior quality to those, which lie in wait for the individual who remains unaware of these truths. This destiny, which each one can build for himself, greatly depends on inner achievements and on the progress in self-knowledge. Thus, it is the individual himself who can voluntarily change his destiny for a better one when his intelligence is enlightened and seeks to cross new horizons to expand life and elevate it above all limitations. This destiny is the individual’s spiritual assets, the inviolable Arcanum that contains the etched records of the secret process of his existence.

Let us say, as a final point, that a common deficiency of the human temperament is the lack of initiative. Mental inertia – a consequence of the inactivity of the function of thinking – keeps dormant the creative ability of one’s intelligence. Likewise and, in a natural way, there is a lack of stimuli. This is where one can clearly perceive the precarious psychological state of many people who, unable to define what is happening to them or to explain the stagnation in which they find themselves, spend their days and amass their years into a sterile old age. Lacking conditions that open their ideas towards the examination of their experiences and situations, and without the incentive offered by such ideas, nothing but the capricious twists of chance could favor a fortunate movement of their thoughts.

Logosophical cognitions edify and impel at the same time the individual’s eagerness for a better development. Based on the very reality of human life and of everything that exists, Logosophy teaches the individual how to conduct his thoughts along secure paths. As a teaching it awakens the individual’s enthusiasm and, while orienting his understanding, it offers hints which the mind grasps and the intelligence translates into initiatives. This is the great virtue which all those who dedicate part of their time to the reading, observation and study of our science can verify.

The individual must always go in search of that which is not within the orbit of common knowledge in order to expand life into more fertile fields which, mastered through knowledge and experience, allows one to progressively attain a higher degree of perfection. In each new day that man lives, he must find an incentive to improve it, and also to inspire him as to what he must do so that the forthcoming days will surpass the current ones and provide him, as he lives them through, with the benefit of feeling comfortable, secure and happy...

... There are many who, after having experienced the reality of a well perceived happiness captured and incorporated in themselves by their sensitivity, have found out that they are blamed and even reproached by their own reasoning expressed in an unyielding, intransigent and even tenacious stance to the point of being harsh. The end pursued could not be other than that of nullifying the acts condoned by the will and benefitted from by the sensitivity; this very same sensitivity that detects the content or essence of the fact, which the conscience has accepted without any objections. Why does this contradiction in the essential function of the human psychological mechanism occur? Why should reasoning persistently insist in detaining time, facts and things until it manages to discern, as evidence of truth, which nature itself has already determined to be a primordial function of life since as it absorbs the oxygen that refreshes it in its corporeal aspect it also absorbs, by virtue of the law of preservation and equilibrium, all that pleases or benefits it in its intellectual, sentimental or spiritual facets? Why does this happen?"