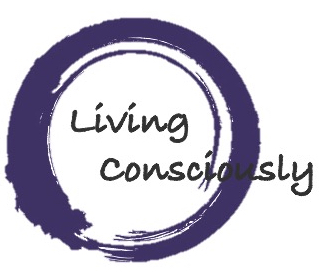 "Children do not notice their growth pattern nor do they know the reason for that growth; but, when grown up and enjoying the full use of their faculties, they can observe the changes which occurred during their growth period and learn the reasons for that transformation."
(Lecture given in Montevideo, March 20th, 1939 by Carlos Bernardo Gonzalez Pecotche*)

"Let us now return to our topic. We have already seen how processes, in which the thoughts take a very active part, mature within the mind; let us now see how the investigator prepares his cultures in the mental laboratory.

Generally, the common man goes through life without a clear direction, at the mercy of destiny that sways from one side to another. This is similar to a resident of a country who, disavowing his homeland, finds being a citizen of one country or another the same. The destiny of such a man ends every day at midnight since Providence can make him change overnight his course, as it has so often done. This means that he cannot even possess the slightest confidence in his future. He has not determined a path to follow nor an objective towards which he would strenuously and decisively strive with firm enthusiasm. This is the reason why he cannot consciously direct the process of maturity of an idea, and when such an idea emerges from an unexpected inspiration, he is the first to be surprised. He cannot accomplish such a process because he lacks both the technical cognition and the adequate ability to carry on successfully a task so closely related to his intelligence and so eminently individual.

By contrast, the person who experiments with logosophical cognitions prepares his mental field fertilizing his cultures, in a scientific manner and in a timely fashion, allowing for ideas to germinate and knowledge to flourish in this field.

How is this done? Very simply: by determining precisely what he proposes to cultivate, whether it is in a science, in arts or any part related to the Universal Wisdom; by defining the norms of behavior he must follow; by deciding after previous examination what use he will make of the selected cognition; by rehearsing the initial results obtained; and finally by experiencing the certitude that is generated from confidence in possessing the cognition. Obviously, in so doing one has to seriously take into account the logosophical principles governing the construction of mental images.

To broaden the understanding of those who are present, I will outline in a very summarized form one of these processes that a common person follows, submitting to it more as an imposition made by the current discipline than by a conscious resolution of his will.

Let us take the case of someone who decided to study medicine. Naturally, he would have to complete first his elementary schooling; he would later graduate from high school and finally enter the medical school. He would seek there the company of other students with whom he would regularly discuss medical topics. He would gather from everywhere all the elements that would facilitate his task and make his studies less difficult. He would attend laboratories, hospitals, etc. giving himself broader perspectives for his development. This is what Logosophy calls inner cultivation or preparation of the mental field, which involves necessary steps to reach the desired objective successfully.

All this is done by the common student in accordance with natural needs that impel him to follow this process even though he remains unaware of the intelligent cognition that guides the procedure he followed, having acted, as he did, on the advice of his teachers and his own impulses which did not, in most cases, originate consciously in his own will.

Very well; in the case of Logosophical cognitions the investigator follows the entire path of the teaching carefully, evaluating step by step the virtue and benefits obtained from it while experiencing it in his own life, that is, while he assimilates it, practices it and converts it into an element of indisputable value to his life.

Children do not notice their growth pattern nor do they know the reason for that growth; but, when grown up and enjoying the full use of their faculties, they can observe the changes which occurred during their growth period and learn the reasons for that transformation as they perceive it being reproduced in their own or other children. The same analogy can be applied to the process followed by the investigator of our science, with the unique difference that he registers in his conscience the progress and results obtained by the application of the logosophical cognition. Due to his constant concern that he comply with his self-imposed duties to achieve his process of conscious evolution and the transitions he has had to undergo, he then reaches a level of maturity which reflects an evolutionary state that allows him to realize how much he has evolved since the first days of his dedication to it.

To many students, it seems as if the great inner processes never mature or are stagnant. Nevertheless, the course of the evolutionary act proceeds and, in due time, precisely as it occurs with the children I just mentioned, the cognition emerges and becomes visible and present to one's understanding.

From this instant, the change in the mental and psychological position is simply amazing. The mind suddenly acquires a lucidity never before dreamed of, and the investigator notices how all things, which until yesterday were indifferent and less than appreciated, offer him today beautiful perspectives now put to use by him knowing the value they represent for his undertakings.

This is when others would say: "He is very fortunate," "The stars favor him because there is nothing he undertakes that is not successful,'' etc. However, the truth is that he used to do things unknowingly and now he does them intelligently and consciously. The constant exercise of his mental faculties attracted to the orbit of influence of his intelligence a series of elements and factors which, although he did not know how to use them initially, later became available to him and greatly facilitated the clear understanding of many problems, previously unresolved, and of other events yet unknown to him. This is where the cause of his successes lay.