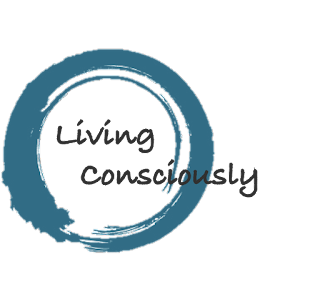 "I would not exaggerate by saying that what the common man uses least are his precious mental faculties, the only ones capable of allowing him to live life consciously and breathe in peace."
(Lecture given in Montevideo, March 20th, 1939 by Carlos Bernardo Gonzalez Pecotche*)

"I will address in this conference interesting aspects of the evolution of the thoughts, and I will also explain how the cultivations made by the student of Logosophy in the laboratory of his mind come to mature.

Due to the broad and profound nature of this topic, I will have to address it in parts, using as a reference some aspects related to the central image of the conference.

It can be generally observed, and quite frequently, that the majority of people seek to resolve their problems or find solutions to complicated situations, or difficult occurrences that appear in the course of life, only during the brief moments that their minds deal with them and when the threat of danger already coerces them and urges an immediate and final decision.

Logosophy defines this position as inconsistent, unreasonable and illogical, comparing it, for example, to a person who seeks to eat the fruit before planting the tree, living in a house before building it, or reaching his destination before starting out. The same could be said of a man who would desperately try to accelerate the growth of a tree to obtain the fruit long before its time, or hastily build a house disregarding the solidity of its structure and shape just to live in it even before the roof and doors are put up, or even curse the vehicle that carries him to his destination just because it does not speed ten times faster to satisfy his whims and affliction.

As already mentioned, this occurs quite frequently because one forgets that one has a mind which, once organized, can resolve all situations happily and protect one against disagreeable changes that affect one's sensitivity so much. In other words, I would not exaggerate by saying that what the common man uses least are his precious mental faculties, the only ones capable of allowing him to live life consciously and breathe in peace.

Several times I presented to some advanced students problems or cases, asking them for a solution; in other words, I proposed to their minds such problems or cases to observe how each one would resolve them.

After a prudent waiting period during which an exchange of ideas would take place over the subject matter, I decided to suspend the conversation, for the time being, to be pursued later.

I proceeded in this manner two or three times..., addressing the proposed topic selected for the experiment.

As expected, in nine out of ten cases, I was able to confirm the point being made tonight in my dissertation.

In fact, during the second or third time around, pretending to be distracted, I addressed another topic before getting around to the one that was selected. I could notice during the conversation the facility with which the topic was now being addressed and how there suddenly appeared clear and satisfying conclusions to the problems or cases whose solutions were so difficult to reach during the initial conversations. At that moment they were shown the observations and solutions they had noted initially, and the surprise was unanimous.

I will now explain how this process of maturity is produced in the mind.

The investigator of Logosophy, who has already acquired certain cognitions on the action of the thoughts as autonomous entities, does not force the free exercise of his mental faculties as would a person seeking a hasty and sudden magical formula to resolve the problems that unexpectedly coerce him. He stimulates them continuously, allowing them to absorb all pertinent elements while protecting them as much as possible from external perturbances that impede the process toward the solution that is elaborated in the mental area.

From time to time the topic in question is addressed mentally by each of the participants in the experiment in order to maintain in readiness the thoughts that were used and to stimulate the faculties to perform their function of preparing the specific elements which, when absorbed by the thoughts in charge of this mission, will produce the finding.

This is how, in many instances and without undue effort, the needed solution emerges by itself, having matured after thorough and discernative labor totally exempt from any haste.

Naturally, this should not constitute for the student of Logosophy a motive of personal glory because it is unwarranted; he knows its origin, that is, the source which he uses to obtain these results and he knows also that such results are a consequence of a lucid and correct application of the cognitions that Logosophy places within his reach.

The current academic disciplines in the universities, schools and classrooms in general use the system of mnemonic repetition of the topics that constitute the program or courses being taught.

The objective is to etch images of these topics, but the results obtained only achieve reproducing them in the mental retina where they remain from that moment onward immobile and unable to be moved, since they lack a life of their own or the power originating from their original source.

Later on, when the student starts to use these images, he finds himself obliged to correct in each case the defects they present, not the defects of the original images but the defects of the reproduced images, because he ignores how they were constructed in the first place. He then experiences in practice the need to create new images which gradually substitute for those stored in his memory, which by now have become mostly worn out and useless.

The new images - in this case cognitions - that he carefully places in his mind become achievable and display an array of living colors because they were made of the same element that exists within his own mental sphere. The common university student does not know of this process because he ignores how thoughts act and how they form nuclei to constitute the results or solutions being sought. Nevertheless, in spite of doing it unconsciously he achieves the objective; I refer to the process of reproducing images by his own experience.

I notice that some of the students present here have started only recently the study of this new science. For their own benefit I would like to say that I find it logical for those who are not familiar with the Logosophical literature or, better still, its specific terminology, to encounter initially certain difficulties in understanding the truths exposed by Logosophy in spite of its simple and easy language..." - to be continued

*Excerpt from the book "An Introduction to Logosophical Cognition"originally published in Spanish. Official Translation.