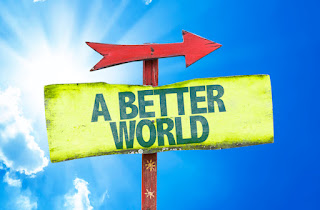 "To make future generations happier than ours will be the greatest prize one can aspire to. There is no value comparable to the accomplishment of this great mission which consists in preparing, for the future of mankind, a better world."
(Lecture given in Montevideo, October 4th, 1947 by Carlos Bernardo Gonzalez Pecotche*)

"...When one's vision extends over the panorama offered by mankind's present and future perspectives, one experiences a profound and justifiable concern. In order to go back to the origins and detect the causes, whose effects produced over great periods of time are barely understood due to the lack of an explanation that satisfies the anxiety felt by each human being in unveiling the mystery, it is necessary to go way back to all the processes followed by all the peoples that sum up mankind.

Naturally, the first questions that appear with universal characteristics are the following: what invincible force has moved nations so many times towards war? Why do omens of great moral, political and social epidemics threaten the world? Why is there so much evil on earth, why so much suffering? Why do so many things threaten the life and happiness of human beings? And while some attribute the causes to this or that, the real cause does not seem to have been found by anybody. If we are disposed to seek it and go way back through the epics, covering all past eras, surely we will find it. This cause is the sum of all the errors committed by human beings. All the evils that have been endured, are endured and will be endured have been and will always be, the consequence of their errors.

Since nobody is exempt from these errors, everybody therefore, some more than others, have to suffer their effects. In the political field, for example, governments create inefficiencies and succeeding governments do not correct the wrong made by their predecessors; logically then, as a result of this cause, crucial and bitter moments occur wherein the inexorable law must impose the restoration of an equilibrium. So many readjustments of past errors and so many new errors are committed that they combine and intertwine, forming in this manner an untangled mess from which it is sometimes very difficult to get out. In the economic field also, be it in trade or industry for example where funds are embezzled. comes a moment when the capital is dilapidated and one has to start again, to make the normal adjustments to rebuild the finances. In all these cases people experience the consequences of moments of great lavishness or disorder. Where health is concerned, when one neglects it and even abuses it, one will equally suffer the ensuing effects expressed in sickness, pain, frailty, etc.

It follows then — it is good to repeat it — that it is the sum of all human errors that makes evil exist in the world. This should lead one to reflect logically, that if the whole world were to become conscious of this truth and everyone was determined to behave according to a superior conduct and striving to commit only the smallest possible number of errors, mankind would enter into a phase of evolutionary development far happier than the previous ones.

This would be the only means of achieving peace, for if the world were to accomplish, as an urgent and essential need, a superior conduct, future life will not be harmed. In fact, all the errors made today will harm the future in the same way as all the errors of the past, or those made preceding the current phase of life, harm the present.

The indifference towards the errors made in the past as well as those now being committed, is what seeds many misfortunes and failures for the future. This applies to the individual as well as to communities.

Every error that is committed will inevitably have its repercussion that must always be expected because, sooner or later, the law will demand its reparation. To correct an error, therefore, is to avoid its consequences. To be able to control one's movements in order to produce correct acts and not errors is to seek future good, a goodness made to oneself as well as to one's fellow man.

...Everybody must search in the history of his own life the evils he suffered or made to suffer, and analyze whether they were the result of his own errors or the errors of those who preceded him. In doing so, he must also search for the means to diminish the effects of such consequences by producing... correct acts instead of errors; if this task was undertaken by everybody in the world one will see, shortly afterwards, the enormous relief occurring in mankind as the heavy burden represented by accumulation of so much evil would have diminished considerably.

*Excerpt from the book "An Introduction to Logosophical Cognition"originally published in Spanish. Official Translation.

Best in 2019 Better World Conscience Errors In This Together Indifference