Posted by Collaborator on June 04, 2013
(by Carlos Bernardo Gonzalez Pecotche*) 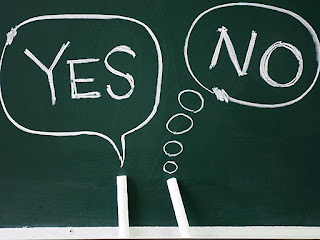 Human life obeys irresistibly the oscillations of its evolutionary pendulum. This pendulum is subjected to the magnetic influence of two linguistic particles expressing two antagonistic forces which take hold and fight for authority over the events that lead to the destiny of the human creature: the monosyllable “yes”, an adverbial sign of affirmation and an emblem, at the same time, of goodness and happiness; and the monosyllable “no”, a sign of negation constituted, after setting its purposes, by adversity, misfortune and despair. When the two syllables, the “yes” and the “no” come together in hybrid matrimony and life becomes governed                 alternatively by each of them in a monotonous and non-transcendent process, they form the word “sino”1, synonymous with adversity. This is the end of all those who do not know how to build a better destiny for themselves by reducing the influence of the “no” by overcoming it, so that life can be converted into a permanent affirmation of all that exists as noble, sublime and great in the minds and hearts of men. Every human being, even unknowingly, dedicates his best efforts in trying to possess this coveted syllable as a consequence of each desire, of each aspiration or objective. It is the musical note that man longs to hear from the woman he loves, and it is also the one that presides over joy and triggers the gratitude and the exultation with which we celebrate the small and great events of our life. The opposite occurs with the “no”, whose gloomy presence is reflected in the sorrow and the tears that mist our eyes, as if to express the happiness or goodness that was denied to our hearts. In order to increase the volume of the “yes”, which in the final analysis, consists of the vital force that nourishes our hopes, and decreases the “no”, which oppresses and rejects, we must work tirelessly for the improvement of our life’s work and perfect it in such a manner that it will allow us to share generously the happiness and goodness we have conquered.