Tools to a Better Destiny 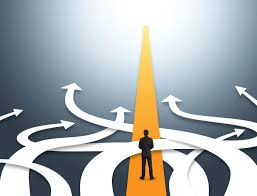 "...The majority of human beings pursue a slow evolution, in obedience of fatal laws, while others, who are able to free themselves from the chains of destiny through an admirable heroic deed of inner achievement, follow the precise norms of a conscious process of self elevation and build for themselves the happiness of their future days. While the first group moves slowly, over the centuries with its constant waste of time ... the latter group is the first to sit down and share in the ineffable peace and bliss of His Reign.

It is indisputable, therefore, that every human being must experience the paramount need to enlighten his spirit with the purifying light of essential cognition in order to put an end to suffering that torment him, resulting from the errors that ignorance forces him to make.

Everything can be obtained with effort and good will without abandoning any of those auxiliary elements that are the fruit of observation and discernment, since they give confidence to the experience and sharpen the reasoning of conscious bases...

God placed the mind at the highest level of human figure; with it as the managing and regulatory center of all his activities, man can elaborate his most delicate investigations by analyzing, calculating and selecting, in exhaustive and conscious studies of meditations, all that which he observers.

The person who does not observe anything, not even the simplest thing that could generate a minor mental concern, ends up nullifying his mind, which is equivalent to sealing the doors of his intelligence to any aspiration proper to his race.