Posted by Collaborator on March 04, 2013
(Lecture given in Montevideo, March 2nd, 1946 by Carlos Bernardo Gonzalez Pecotche*) 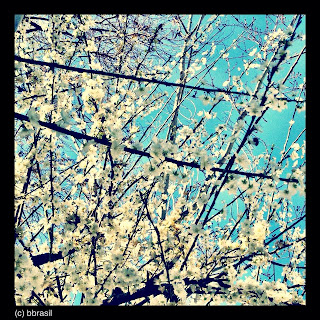 ...It is necessary not only to think but also to think well, one solid basis, in order to discern situations with certainty and serenity and know which is the best path to take. Although this represents an external perspective in the life of human beings, there exists, however, another path which represents an imperative inner need, that of thinking about what one is and can become following the directions of one's conscience.

Life should not be sterilized by living mechanically and routinely; one is required to endow it every day, and if possible every hour, with a new stimulus. There has always existed in
man, by natural law, the tendency towards possession, to possess something has constituted throughout time a pleasure which is experienced from the moment one thinks about possessing something until it is acquired. Naturally this gives life a content during the whole time in which the thought of possession is maintained alive: one is permeated by a pleasant and happy sensation that presides over one's days and even one's sleep, especially when one nears the moment of acquiring what was desired. One can observe how, as long as the aspiration persists and is being accomplished, one lives happily with such a perspective. But not everyone knows how to position his reasoning in the field of common sense, and it frequently happens that he seeks to possess that which, truly, does not correspond to or is not within his reach or capability to acquire. In these cases, a disappointment inevitably ensues, and this is a state of mind that any intelligent person must avoid.

There are many others also who, having experienced these happy moments that led to achieving what was desired, deviate later by seeking extraneous things; and this is where what constituted previously a happy moment is converted into an unhappy one full of anguish.

In reality, life is a constant search for possession: to possess every day more, without greed, to possess what has been created by one's own capability. For example, if we have a small house, we like dogs, and we want twenty, thirty, fifty, or more, our house would be converted in to a kennel in which we could not live, since we would have lacked the capability for such possession. On the other hand, if our house were big enough with sufficient space to allow for the animals to live comfortably without meddling, without making life impossible, we would not have created a problem by possessing them.

Generally, if one has a determined activity and wants to extend it to encompass other activities, one will have first to prepare and organize one's time and one's aptitudes so as not to fail. Additionally, experience has shown how the yearning to possess strengthens one's will and will always predispose the spirit towards great endeavors; in so doing, even though the preparation had been insufficient, the fact of undertaking these activities led to correcting the errors that would have been made. Similar cases occur by the millions; what is essential is to know what one wants and to know also how to conserve all that which becomes part of one's moral, spiritual, intellectual or economic state.

Since human life is a constant effort to possess, the majority of people undoubtedly ignore how to achieve this objective without letting each possession produce torments and affliction instead of happiness. For this, one must create the capability to possess. One must know, we repeat, what one wants to possess and also know if such a possession is to be identified with one's life and be a fertile element in the development of future prerogatives. One must therefore possess that which ties happiness to eternity so that it does not become ephemeral. This truth, which is a law that reveals many principles and touches all ideas, must represent for each one the sun that illuminates the days of his existence.

If we want to possess an idea that can serve us and give us happiness, comfort, joy, etc., it will be necessary beforehand to be quite sure that when we possess it we will know how to be loyal towards it, to be a master over it and never make it serve inferior and mean purposes, because that would damage the part of nature upon which every noble idea seems to rest; and damaging it would produce as a logical consequence the debasement of the mind, reducing considerably the prerogative for a new conquest.

Often times we have seen people feel happy as they searched the world for the possession of a stamp which maintained alive the desire to acquire it; once obtained and placed in an album, the album was shut and at that instant the possession ended. This fact constitutes the negation of that very possession because each new thing possessed must enrich, from that moment on, one's personal assets as well as everything that forms one's own life, thus increasing one's happiness and joy and offering a new possibility.

This is how, therefore, man can set for himself a norm of conduct, seeking in the possession of something that beautifies his life or gives it a content, the vigor needed so much by the soul during difficult times, and that only happiness experienced and lived wisely, as well as joy and confidence, in what is possessed, can give to it. One cannot find lasting pleasure by just looking here and there and saying "I like this, and  this too, and this other," but rather by seeking this pleasure in the certainty of being master of what one already possesses, and by knowing that one can still possess much more, intelligently and with good judgment...


*Excerpt from the book "An Introduction to Logosophical Cognition"originally published in Spanish. Free Translation