Essays on Freedom - Fear of Making Mistakes, An Obstacle to Young People's Perspectives 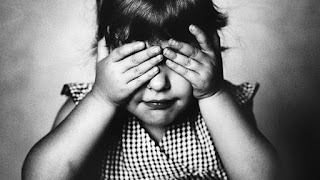 Some may think that it is determined by God, others believe that it is simply a social convention. But, regardless of the concept that each person has of MISTAKES, the fact is that the great majority does not like making mistakes and even fears it.

What are the consequences of the fear of making mistakes in the life of young people who are trying to build their future?

A youngster, who moves out of childhood and with time begins to acquire more control, empowerment, and responsibility in regard to his future, is constantly concerned about making the right decisions in order to reach his goals. However, as there are so many new situations demanding specific knowledge, which he does not possess, two sensations emerge: insecurity regarding how to act and the fear of making mistakes.

It is natural for the teenager to feel insecure and uncomfortable in the process of building his confidence, which must be based on the experience he will acquire. The problem is that when insecurity is transformed into fear of making mistakes, it can entail severe consequences in the young person's life, limiting his freedom to act, and even to think.

For instance, if a mistake, which was the final result of a great effort, is regarded as failure, then the adolescent loses energies and believes it means he is incapable of reaching his goals. In this case, the mistake becomes a limiting factor and nullifies his objective to do more, to achieve more and to conquer greater things. A closer look shows that this fear can even prevent the young person from undertaking new projects and building plans, because he already anticipates that they will be interrupted by the "inevitable" error.

Another consequence of this fear is the tendency to follow what others have done or what others think, instead of trusting one's own intelligence and choosing the path one deems to be the best. It is quite common for young people to let go of choices they believe are right - and could be excellent for their life - in order to follow a "common path" for fear of going wrong by doing things differently.

We know only too well the importance of the advice and observations given by elders or others. But we also know that the process of analyzing an advice or using other peoples' experience in order to make a decision must be made consciously and be based on the individual's reflection and understanding, and not on the fear of making a mistake, or on laziness to think for oneself.

No one in his right mind would make a mistake or would be wrong on purpose. Nor would anyone make a mistake and remain indifferent to it. But certainly there is a more intelligent and freer manner to deal with mistakes.

For Logosophy, the error resides in one's mind and is the result of the lack of knowledge or of consciousness concerning the elements that intervene in each situation. Considering that no human being possesses all the knowledge that exists in Creation, would it not be logical to consider error as a natural thing and even as something necessary to our lives? Quite often, through the analysis of an error, we discover exactly what was missing to make something right.

Making mistakes is part of life and is, naturally part of the path we have to cover to reach our objectives.

Hence, from the moment the young person wants to reach a new reality, as for example to acquire aptitudes and cognitions that he does not possess yet, it is logical to think that a process through which he will learn and develop the skills he lacks is necessary. In doing so, he will know that in this path errors will be the natural consequence of this new attempt. This is why it becomes necessary to turn the fear of making mistakes into the joy of fighting, into the courage to know one's own reality and by one's efforts achieve what each conquest demands.

To be free to make mistakes, to be free to correct them and to be free to learn from these mistakes is a right that we all have. Nevertheless, each one is responsible for constructing this right successfully within oneself.