Essays on Freedom - Do You Say "I Don't Understand?" 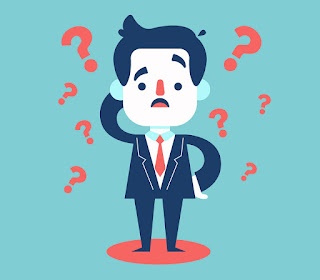 Have you ever wanted to say that you didn't understand something but refrained from speaking up for fear of being the object of prejudice? Or on the contrary, have you ever criticized someone for not knowing something? When in the face of sneering, criticism or just a simple facial expression that can be more eloquent than actual words, can you claim freedom of expression?

I have been on both sides of the fence. Throughout my adolescence and youth, I abated such traits mainly in their external manifestations, but the inner change, which is responsible for such behavior, was more difficult to achieve.

One day, I decided to discover the causes of such attitudes. I started to express myself when I didn't understand an issue. As I practiced this, I began to realize that the lack of understanding was due, obviously, to my ignorance, or - to my surprise - to not consider valuable what the other person was saying, which produced inattention. At times, I also noticed a thought engrained since childhood, that making a mistake or not knowing something was shameful and it had to be concealed so others would not "think badly of me."

I have not permanently changed my attitude regarding freedom of expression, but with each victory, this characteristic gets stronger, and encourages me to face other psychological defects that I have and which, for years, I hadn't the faintest conscience they existed.

For me, individual freedom consists mainly in thinking and acting on my own, knowing and accepting who I am, so that I can become a better person.

Feel free to understand or not what I have tried to convey here, and similarly, to agree or not.


*Excerpt from the book "Essays on Freedom"originally published in Portuguese. Based on Logosophical Cognition.
Acts Freedom Freedom of Expression Think