Principles of Ethics in Human Relations

Posted by Collaborator on February 21, 2013
(Lecture given at Montevideo, August 10th, 1946 by Carlos Bernardo Gonzalez Pecotche*) 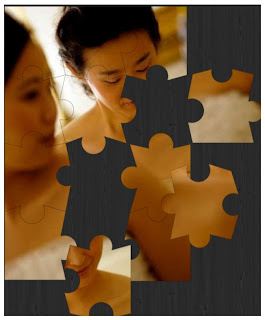 "... What is happening and what has always happened during all the critical moments in human history, is that man has been unable to find himself, and has even been less able to complement his life with that which he lacked. This is why the human being is called an imperfect entity because he needs to improve himself, that is, to become whole, since man is a fragment of an figure that requires completion.

This happens to every one, whether rich or poor, ugly or beautiful. Some possess what others lack, and what lacks in some, others possess, and this goes successively. But the major issue is that nobody wants to give the other what he possesses claiming that what he has is better than what he lacks and what the other possesses. In this dismal labyrinth of comparisons made between human fragments lies the major cause of dissension everywhere and, at the same time, is the source of mistaken positions adopted by everybody without exception, and which can be summed up in one word: incomprehension.

... This is one of the great invisible problems, the kind of problems that still remain invisible to the intelligence of those who must resolve them and which occur as a result of the great transitions that mankind must go through.

... In general, every person expects from others, if not everything, at least ninety percent and considers excessive the ten percent he gives. This attitude, which is wrong leads to the loss of many affections, friendships and good relationships which, if continued, would only be maintained for the sake of appearances. It is advisable and preferable therefore that each person gives one hundred percent of what is expected of him. This gives him the opportunity to be of service to his own self, and by exceeding this percentage, can be of service to his fellowman. In so doing he will induce the other to give his one hundred percent, if it is within his possibilities; the big dilemma in the world since its beginning up to the present time and will continue into the future, resides in the struggle between two great issues: the individual as a human figure, ... and the collectivism as the symbol of animality which threatens to absorb the individual. The former is positive as long as there exists within the individual an intelligence... In order for the individual to confront the monster of collectivism - the negative - which strives to absorb and eliminate him, the individual must improve himself, complete himself, for only then will he become invincible and worthy of marching on earth as God wanted him to march, that is, to live and to extend himself through his family.

Man must travel the world without trying to supplant his fellow man or displace him from the space he occupies, because each one has his own space that can be expanded without disturbing anyone else.

One has to seek, therefore, all the fragments of imperfection that demeans the human figure. If among these fragments some were found to be harmful to one's own figure they will have to be destroyed gradually... If one were to find the propensity to idleness, it will be necessary to destroy it and put in its place the corresponding fragment, that is, the one that fills the soul with vigor and is conducive to activity, action and constant movement, which is always a sign of life, whatever its manifestation may be.

I have given you a key to find the fragments that are lacking in the individual to allow you to complete your own self; if you cannot find them it will be my pleasure then to help you broaden your understanding, clarify your reasoning and sharpen your vision..."