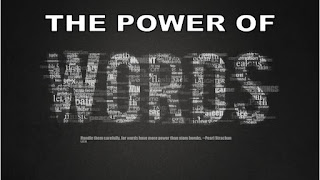 As a boy, I was once visiting friends in the country and, like all children, I enjoyed wandering away from the house, running through the fields. One day I mounted a small horse and rode towards a far away river that could only be reached after crossing mountains and hills. After a short while, I came across the foreman of the ranch and several peasants, and he kindly asked me where I was heading. As I answered the river, he said:

"In order to reach the river you must cross three gates; be careful, my boy, because around here we have a dangerous bull, who might attack those it does not recognize."

I had already heard of this bull and after waving this advice, perhaps due to that famous mental reproduction of a finger touching a lamp, I decided to proceed. The gates I had to cross in order to approach the river were the old fashioned kind, having super imposed horizontal stakes held at their extremities by two vertical posts positioned at each end of the path. As I crossed the first gate I remembered the captain's warning telling me to leave the gate open or leave the bottom stake only in case I had to run from the beast. As I went through the second one, I forgot about the advice, closed the gate behind me, leaving all the stakes on and continued on my way. At this moment, close to me, I heard the braying of a donkey, which seemed like the roar of a lion or something similar. I turned back quickly and took down the stakes from the gate. As I passed the third gate and got closer to the river, I also took down the stakes.

I was coming down the valley when I suddenly came upon a bull feeding calmly. "Is this what they call an aggressive bull?"I said to myself as I decided to ride by it. A minute later an enormous bull ... raised its head, looked at me and started to head in my direction, followed by all the herd. It was then and there that I perceived the danger and as I dug my spurs into the horse's flanks, I flashed through the gate. Having gained a small distance, I stopped and shut the last gate, so as to detain the beasts.

Having recovered from the tense moment, I instantly remembered the captain. I was deeply touched and overwhelmed by emotion as I came to understand the goodness his word had brought me - a human word, a warning - and I remember what he said when I brought it up with him later: "You were saved, my boy, because you took down the stakes! My son was killed by that beast."

At that moment I understood how meaningful a word can be and how deep it penetrates when spoken with the intent of doing good; and I also understood that this man had wished to save his own son through me - and this I could never erase from the numerous memories of my life.