A Study on Human Expression

Posted by Collaborator on September 16, 2012 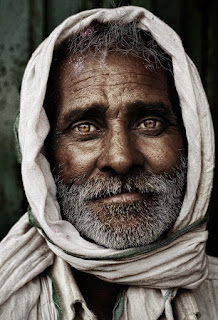 There are extraordinarily interesting things, within a selected array of Creation wonders, which appear when one's intelligence touches and discovers their enchantment and value. We will refer here to the one concerning the human physiognomic features.

Undoubtedly, the human features could not be exempt from the transformations demanded by the universal laws governing all that is created. There is an enormous distance between the ruggedness and imperfections of primitive features, where sensitive qualities were barely perceptible, and the soft and pleasant ones of the present that reveal the evolution of the human being.

Primitive humanity faced an infertile and meager destiny as they took the first steps in the jungles, living in direct contact with inferior species that existed at the time. Their features, lacking humane expression, only showed instinctive reaction through their gestures. They could not portray any of the excellence of the spirit since they did not have the refinement that has developed throughout centuries of evolution.

Three predominant expressions took turns on their faces: ferocity, fear, and lust. As these human beings were unable to conceal their instinctive impulses, they did not find it difficult to discover their mutual intentions every time some thoughts took over their embryonic minds. Consequently, the stronger, violently manifesting his passions, had the power to subjugate the weaker to the action of his impulses.

Human features have changed so much today that it could easily be proclaimed as the most precious wonder of Creation. It is common to see in the modern man, like in men from advanced civilizations of the past, the presence of a multitude of traits manifested in the face, by virtue of a cultivated spirit. Nonetheless, the human face is far from reaching its perfection, which will naturally coincide with the integral betterment of the individual.

The eyes, which hold so much insight and subtlety at times expressing the candor of pure feelings, the splendor of sensitivity, and other times the glow of cultivated intelligence, usually conceal more than one defect attracting empathy and attention and concentrating the deepest expressions of intimate feelings. Adding to it the magical effect of the word, when spoken with the amiable and eloquent tone, we arrive to the reason why so many faces light up immediately and attain grace and empathy getting accurately recorded by those who contemplate and observe them.

Bad character is what often wrecks the face and its beauty. The recurring facial muscle contraction resulting from poor character hardens the physiognomy features, which over time reveal the presence of deep inner conflicts and reflect undesirable modalities that put people in a defensive mode thus hindering harmonious relationship with others. On the other hand, a moderation that influences one's internal state of mind and soothes the exteriorization of sorrow turns the face attractive and soft. The energetic character does not alter the face if, after its dynamic expression it gives place to the tranquil and natural semblance.

The physiognomic features reflect the nature of the thoughts that predominate in the mind and guide the conduct of the individual. If the thoughts are lofty and noble, if they are governed by superior norms of harmonious coexistence, the human face expresses with diaphanous clarity internal states and modalities of the character that inspires trust and empathy. The capability, talent, as well as all intellectual qualities highly developed, offer the same characteristics, except that, in most cases, the attractive lines recorded on the face are replaced by antagonistic traits of vanity and excessive self-estimation, which makes people a little less than intractable.

In summary, the physiognomy is what best reveals the psychological characteristics of the individual, along with, of course, all other details surrounding human nature constitute the indispensable complement for your observation and study.
________________________________
*Original article published in Spanish. Free Translation
Character Face Features Human Expression Physiognomy Spirit Thoughts Wonders of Creation